Diana has been practicing yoga since 2000. She attended the Shambhava School of Yoga in Rollinsville, Colorado for the Level I – 200 hour Hatha Yoga Certification in 2003, and completed their 500 hour Hatha Yoga Certification in September 2007. Diana has been a member of the Yoga Alliance since June 2003.
​
Diana has continued her education since receiving her 500 hour certification by taking workshops from various yoga instructors from around the country.  Some include Christina Sell, Darren Rhodes, Gioconda Parker, Desiree Rumbaugh and more.  Diana’s classes include awareness of alignment, variety in sequencing (no 2 classes are exactly the same) as well as some humor and fun mixed in. 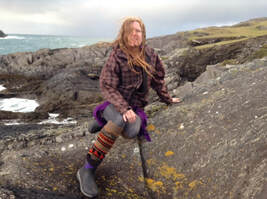 Miki has been practicing yoga since approximately 2003. She attended the Yoga Fitness Center Yoga School's first teacher training program, graduating with her Level I - 200 hour Hatha Certification in April 2008. She has been a member of the Yoga Alliance since her graduation. She teaches the Monday morning Chair Yoga and Level I class.  She has recently attended a restoration yoga teacher training class and hopes to begin offering a few restorative yoga classes as the schedule permits.

Miki has also been a massage therapist since 2004.  She enjoys being an artist, exploring painting mediums and working with metals and wire creating unique jewelry art.  She feels that yoga adds a greater depth to her priorities of health and healing both for herself and her massage clients and yoga students. She feels that life is a journey of growth and learning and is happy to be able to contribute as she can in other people's journey as well as her own.​